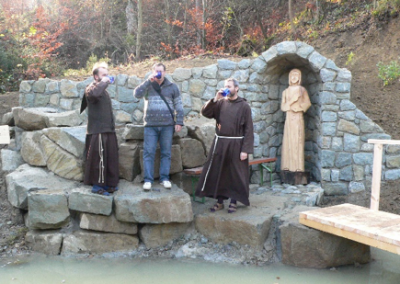 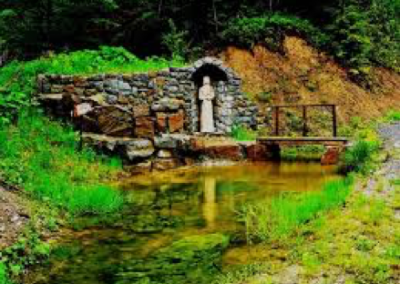 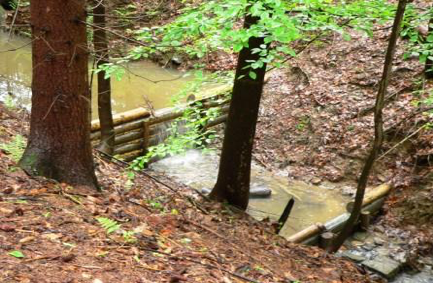 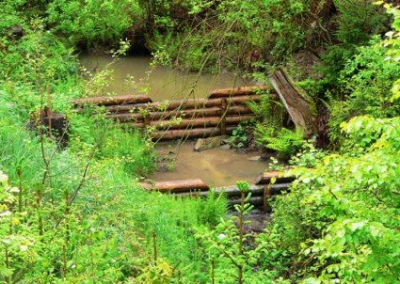 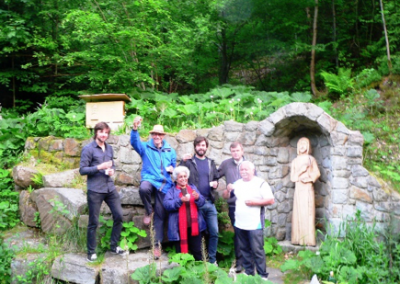 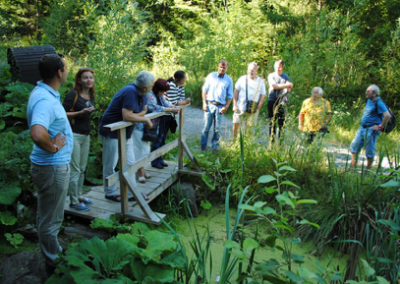 The Hričovská waterway is built as a flood protection against torrential rains and at the same time serves for relaxation and tourism for visitors.
In two valleys in 2008-9, she implemented a cascade of wooden water retention measures, which retain rainwater and raise groundwater levels in the adjacent forest ecosystem.
An attractive zone was created in the locality, which is visited by the residents of Dolné Hričov, as well as other tourists. Part of the revitalization project is the Šipková studnička spring and the shrine of the monk Tomáš Waterhouse, who lived in the nearby Hričovský castle, collected medicinal herbs in the forests and treated sick people.
Tomáš Waterhouse, allegedly appeared here when King Henry VIII of England dissolved the community of monks “baggers”. In his honor, the Šípková well was revitalized and a chapel was built for the monk.
The Franciscan monks also participated in the ceremonial opening of the project, who increased the dignity of the place of worship with the monk Tomáš Waterhaus, who guards the transformation of the Šipková well, who, according to legend, lived in this area and prayed for people and their health. He begged that this water also be used for health purposes. To this day, the inhabitants of Dolné Hričov drink only the water that comes from Šípová studnička. In the past, they treated skin diseases and eye diseases.
The project was financially supported from the funds of the Ministry of the Interior of the Slovak Republic and the Environmental Fund. In the beautiful natural environment, you can also see the Mravček road, water cascades in the valleys, or wild and wild animals. The forest ecosystem became more attractive with the project and became a popular attraction for local tourism.
The project is an inspiration and a relaxation zone. The local community built a gazebo here, where frequent picnics and meetings of local people are held. The project is an example of how it is possible to make the environment more attractive through water connected to historical stories.
The innovative idea of ​​the project consists in the revitalization of a neglected forest through the retention of rainwater, to improve the hydrology of small streams (prevention of floods, drought) with the addition of places of worship and thereby increase the attractiveness of the territory for the development of local tourism. The innovative idea of ​​the project consists in the restoration of a monoculture forest damaged in age and species by a wind disaster through the retention of rainwater and the planting of a diversified forest close to nature.