Carrier of the project: Dubrava village

Duration: study and construction from 2011-12 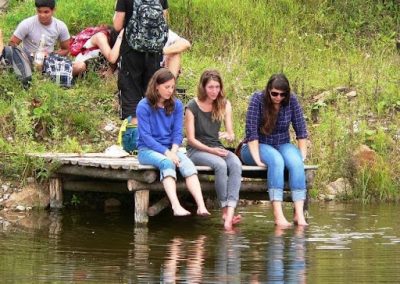 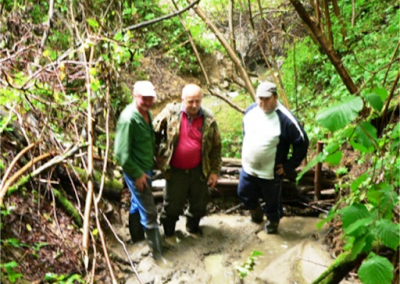 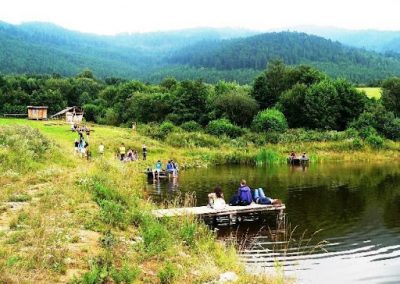 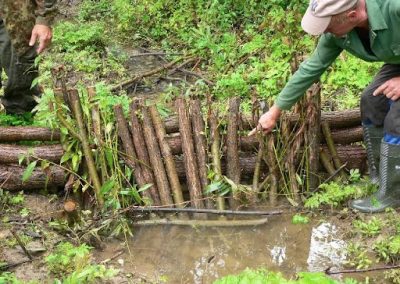 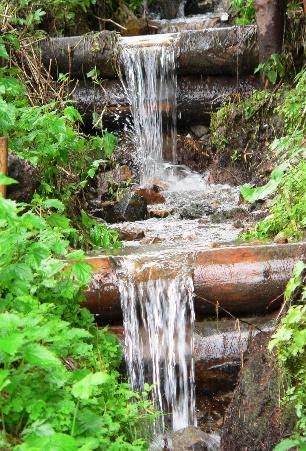 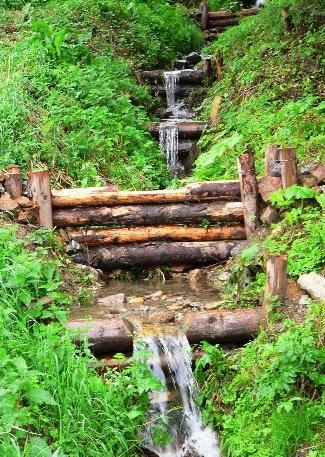 The village of Dúbrava in the Levoča district in Spiš implemented a water protection system through more than 200 nature-friendly water retention measures, and at the end of the revitalization measures, the village built a pond, which is part of the community recreation zone. 27 local unemployed people worked on the project. The total cost was € 120,000.

The aim was to improve the hydrology of small water years in the cadastre of the village and to build a pond that will make the environment more attractive for the local recreation zone.

The project was supported by the Government Program for the Revitalization of the Landscape and Integrated River Basin and Landscape Management, as well as the contribution of involving the local community in creating infrastructure for a network of attractive tourism zones with the support of the local economy.

The locality belongs to the water collection area of ​​the Ružin reservoir on the Hornád River, which has been clogged with sediments from water erosion during heavy rains for several decades. This is an illustrative example of how the prevention of clogging of water reservoirs from erosive activity can be solved in a simple way.

This is a simple, inexpensive solution due to the fact that each cubic meter of sediment in the dam according to the Waste Act is hazardous waste and the costs of its disposal in the conditions of Slovakia exceed 40 €.

The creation of one cube of water retention volume amounted to € 4 at the time of implementation (2011). It follows that the creation of water retention measures in the damaged country also serves to reduce erosion processes in riverbeds and deposit sediments in reservoirs and is ten times more cost-effective than the disposal of accumulated waste.

By building similar projects as in the village of Dúbrava in the entire water collection area, it reduces the accumulation of flood water in stream beds, which is weaker kinetic energy and can not only transport sediments to the reservoir, but also reduces the risk of municipal waste being transported to the dam. Municipal waste remains at the place of origin and thus communities are obliged to dispose of waste as it is generated.

The innovative idea of ​​the project lies in the complexity of the solution (protection against floods, drought, local economy, protection of reservoirs against sediment and waste)