Carrier of the project: People and Water NGO, Slovakia 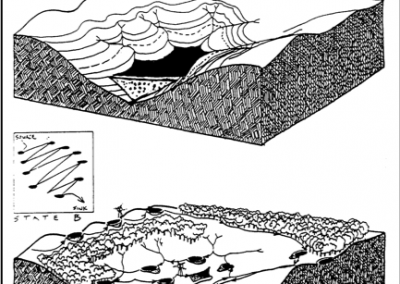 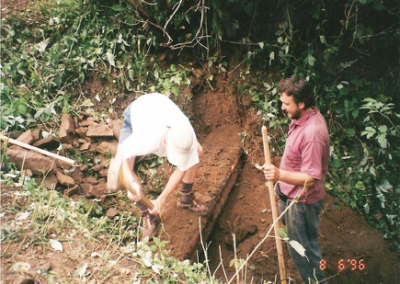 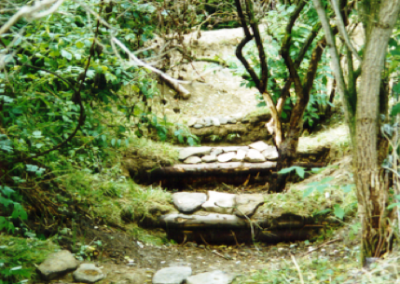 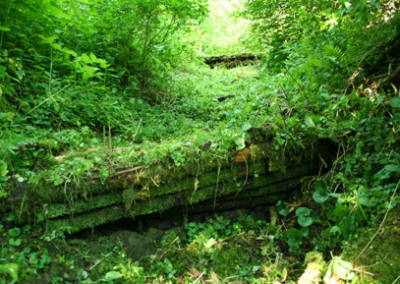 Origin and context of the project

In the early 1990s, the Government of the Slovak Republic worked on the need to build a new dam above the Ruthenian village of Tichý Potok in the Torysa River Basin. The dam was supposed to serve drinking water for the inhabitants of Prešov and Košice. At that time, a group of conservationists from the civic association People and Water intervened in the project of the construction of the dam with the Blue Alternative project in cooperation with conservationists of northeastern Slovakia – PČOLA.

The Blue Alternative was inspired by Bill Mollison’s Permaculture publication from Australia and its principle of slowing downflow of rainwater from higher to lower places (see Figure) to give the opportunity to soak up and replenish groundwater supplies. The Blue Alternative proposed a number of water retention measures to collect rainwater and in the same time to “produce” pure spring water. As there was no experience with such a project in Slovakia, NGO People and Water in cooperation with other conservation associations in Slovakia decided to organize camps called Blue Alternative in Upper Torysa and to implemented pilot projects. The first project was carried out in Nizhny Repas in Horna Torysa.

Another project Blue Alternative was realized in the cadastre of the village Tichý Potok. Within the Blue Alternative Camp in 1996, the conservationists realized the project in a dry, gorgey gorge. The total water-retaining volume of the dam was approximately 89 m3. The dams were able to catch rain water at one time, which subsequently seeped into the soil to create springs and creek.

In the originally dry gorge without water and vegetation, the vegetation gradually changed and since 1998 the springs that have existed up to now began to appear. Even in the biggest drought, which lasted 3 months without rain in the spring of 2009, small watercourses dried up, the source of the Blue Alternative did not dry up. In the pilot project Blue Alternative, the creek flows and the gorge is full of green even in the most drought.

The assumptions have been confirmed and, in given geological and soil conditions, even in the dryest period, this micro-project creates a water source. Flow monitoring shows that to create a water source of 1 liter per second, it is necessary to create at least 8,000 m3 of water retention measures in the drainage area, which retain rainwater and replenish groundwater supplies and spring yields.

The innovative idea of ​​the project is to create water resources by retaining rainwater in damaged ecosystems so that rainwater seeps into soil and geological structures, builds up groundwater reserves and eventually springs in the form of springs. The project can be applied in damaged, dried-up countries anywhere where it rains intensively at least once a year.